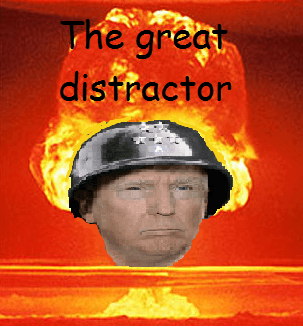 Gosh, with so much excitement going on in the world between the bombs, missile strikes and false flags it was easy to miss last week’s US non-farm payroll release for March. Not that one would have missed much. Having delivered its much anticipated second rate increase in the current tightening cycle, the Fed no longer needs to massage up the figures with seasonal adjustments any more and hey presto, down go the monthly job numbers. True, the February bounce in net additions had been relatively clean, but that month was also blessed with unusually mild weather which aided construction activity, while higher oil prices continue to restore fracking and rig count growth.  With March  temperatures back near the seasonal average, reported private sector job growth dropped from February’s +221k MoM growth number to just +89k for March. Strip out the +37k YoY increase in the months seasonal adjustment however and this last figure drops to a measly +52k; hardly the stuff of an over-heating economy! 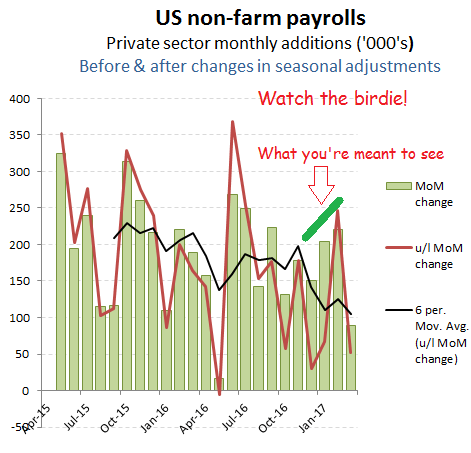 Just as well Yellen slipped in her rate rise on the seasonally warm February, otherwise she would be struggling to justify the move on the March figures. Fortunately, with Trump strutting his stuff (from Syria to North Korea) and terrorist attacks ratcheting up in Europe ahead of the French elections, markets attention is focused elsewhere 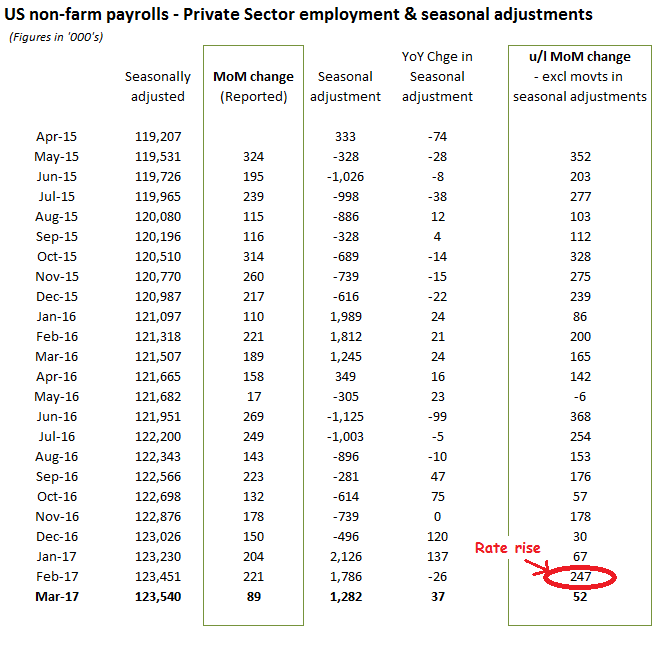 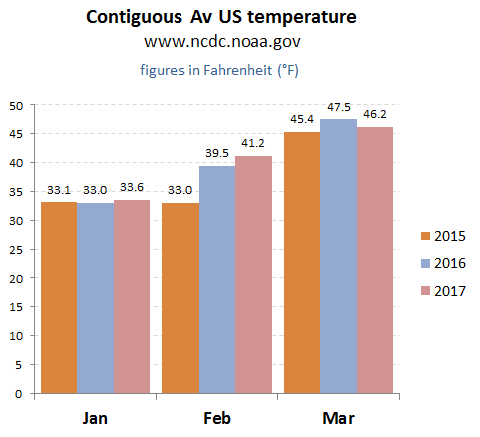 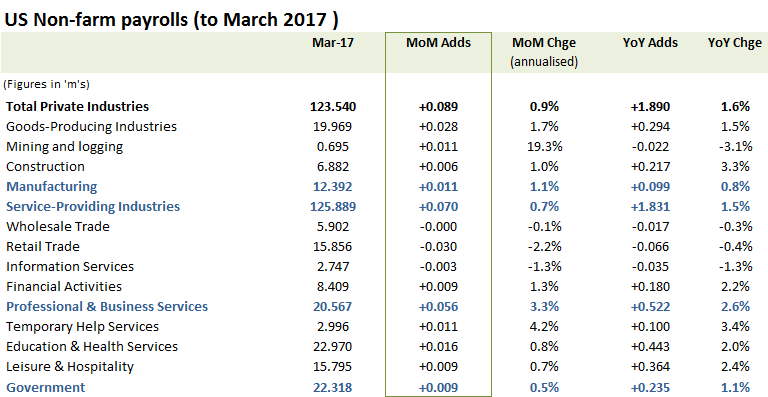