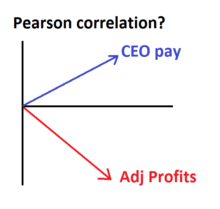 I am kicking myself over my stupidity.  I should have anticipated Pearson’s CEO would find a bone to offer to shareholders over a contentious AGM which was voting, amongst other things, on the decision to award the CEO a +20% pay rise to a cool £1.5m for last year despite having to abandon profit guidance for FY18 and the commitment to maintain the dividend.  Having successfully traded the stock earlier in the year I was happy to sit on the side-lines and watch the show and shrug my shoulders at just another example of corporate governance in action.

What I should have done was to anticipate how the embattled CEO would try to preempt a contentious vote on the remuneration report in the upcoming AGM, that also happened to coincide with the group’s Q1 trading statement, which given the mid to second half weighting of trading in educational publishing are usually of little relevance to the full year trading outlook.  Having already announced cost savings and the divestment of all non-core assets (FT and stakes in the Economist and Penguin Random House) and anything else not nailed down, including the dividend, there didn’t seem much room for manoeuvre and that one might be facing a long haul to see if all the previous digital investment programmes would ever manage to revive organic revenue growth again.

While cutting costs isn’t going to solve a revenue growth problem, it will help to raise profit expectations when accompanied by the narrative that these represented a net cost reduction that would not be conveniently reinvested back into the cost base and that it was not in reaction to a reduction in future revenue growth expectations. In effect, what was being communicated was that whatever you were forecasting for profits, the cost savings would represent an incremental increase on these. With the planned cost savings set at £300m pa from the end of 2019, the NPV of this is equivalent to a profit uplift of around +30% and perhaps explaining the approx +15% initial bounce in the share price.

There was however a slight problem. While saying that these cost reductions were not in response to a lowered sales expectation, the group has not shared with markets its medium term revenue forecasts, merely reiterating its existing EBITA guidance range for FY17 (of £570-630m vs FY16’s £630m). Noticeable by its absence was any attempt to reconnect with the previously abandoned FY18 EBITA target of >£800m which in effect means investors revised expectations for 2020 are not actually anchored on much, which perhaps explains the fading share price by market’s close.

As for the AGM, the £300m of incremental cost savings came too late to save the (non-binding) vote on approving the annual remuneration report which was voted down by a hefty 61% of votes cast.  The positive share price reaction to the cost plan however will have helped to deflect what would have been narrative and buy the embattled CEO some more time, albeit there may not be too much left without some hard evidence that sales growth is being restored.

61% vote against the annual remuneration report