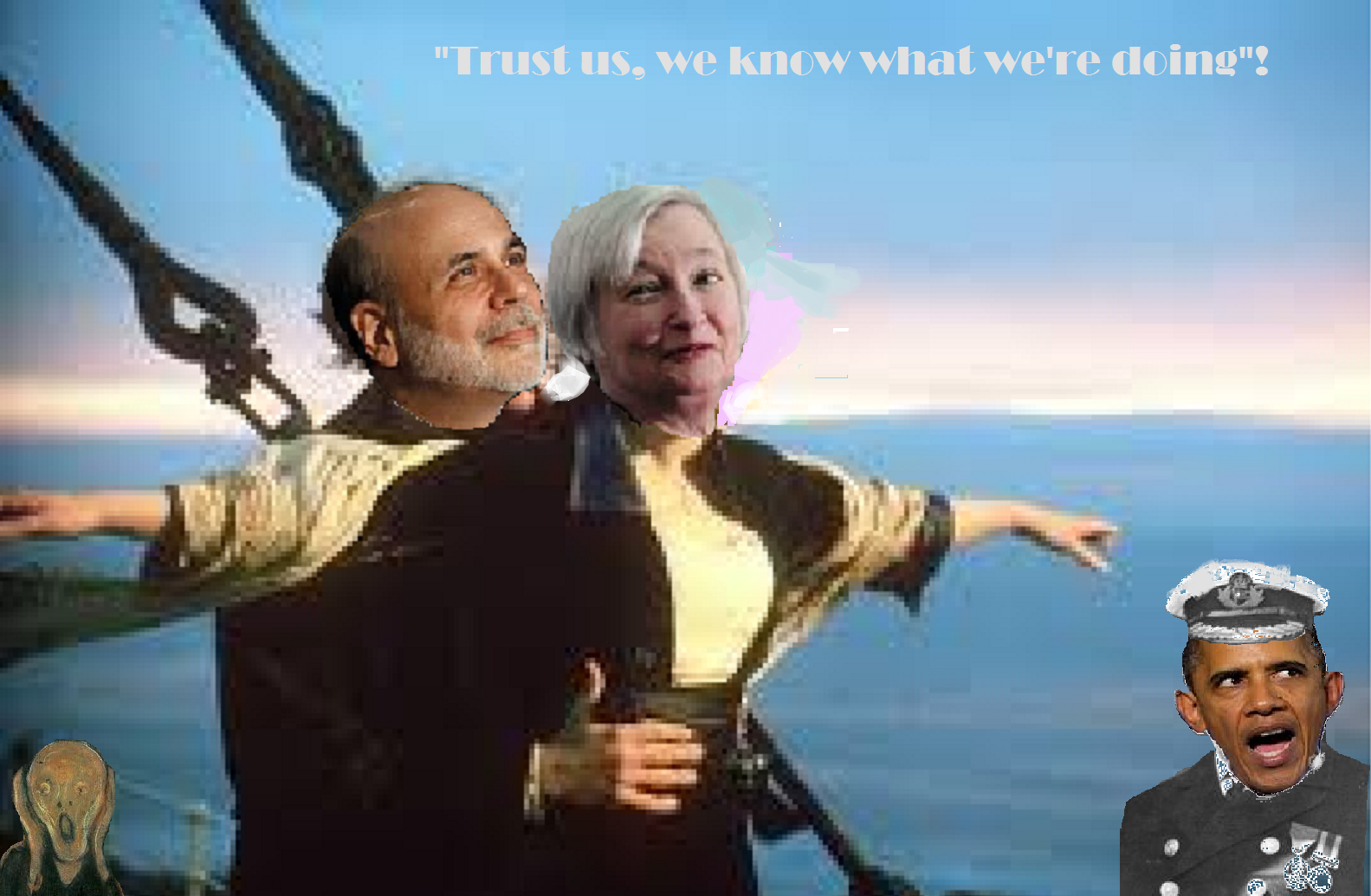 Am I missing something here? No sooner than central bankers on both sides of the pond had impressed upon us the importance of managing expectations and newsflow for fickle markets, than Bernanke throws us a very curved ball. Was this the same person that has for months been sending out signals of tapering QE, that announced that the taps remain turned to maximum yesterday? Excuse me, but Iâ€™m confused as to what might have changed in the meantime. Indeed, looking at the predicable market reaction to the news (with asset classes rebounding across the board), I was not alone. The economic data has hardly changed (including the continued absurdity of the Fedâ€™s +3-3.5% real GDP growth forecasts for 2013), although the â€˜surpriseâ€™ emergence of Dr Yellen again as a possible replacement for Bernanke, following Summers bailing out, may have provided the catalyst. An uber dove like Yellen would not want to inherit an existing tapering policy.

Unfortunately our natural cynicism that politicians (including central bankers it seems) will continue to follow the line of least resistance until this is no longer possible, appears to be confirmed. We all know QE doesnâ€™t work, so claiming the need to keep pumping must therefore assume the last 4 years of QE hasnâ€™t worked and therefore smacks of insanity if this were the real reason. The real reason of course is two-fold. First, the need to keep the asset bubble of toxic bad loans inflated, at least, long enough for banks to foist them on the rest of us and secondly to keep funding a structural deficit that politicians and consumers do not have the stomach to honestly tackle before the demographic time-bomb explodes. Running these twin deficits has only been facilitated by the US dollars status as reserve currency. With over half of all US dollars offshore, this has also meant that the subsequent dollar depreciation has forced those overseas dollar holders to effectively fund the majority of this excessive expenditure. Thank you Johnny foreigner!

This strategy however is not a sustainable state of affairs. It is clear there is no political will to balance budgets even before the baby boomers retire. Congress is stymied by pork while the President seems to be on another planet. In his recent business roundtable speech came the simply jaw-dropping assertion that raising the debt ceiling does not increase US federal debt. And this after castigating his audience that â€œ I just want to remind people in case you havenâ€™t been keeping upâ€. Ha, the audacity. It reminds me of the line in Josey Wales â€œDonâ€™t piss down my back and tell me itâ€™s rainingâ€. Obama claims a 3% deficit is OK, while his key policy suggestion is to increase immigration (a bit like Labour in the UK). Although I presume that this would only work if only young and productive immigrants were let in rather than benefit scroungers plus their retired relatives.

So where does this leave us all. A political class that remains in denial and will not act until forced to, but by then it may be too late and a cabal of central bankers and their bank paymasters who have lost control of events. They have been able to get bailed out while making vast carry-trade profits from easy money, but lack the self-restraint to get their snouts out of the trough before the abattoir doors slam shut. In case you â€œhavenâ€™t been listeningâ€ the world is increasingly polarising around two camps. The newly wealthy cold war losers of China and Russia bearing a grudge, but also owning substantial US debt and a US that has been blundering around in its foreign policy while alienating its allies (as well as many Americans). It may not happen this month or even this year, but at some point and with the right catalyst there will an assault on that bastion of US power, the US dollar and its role as the worldâ€™s reserve currency. Without it, the US is bust on its current military and social commitments and everyone knows it. Should this happen, and it inevitably will on its current trajectory, then expect a run on the dollar which would rapidly increase its funding costs. Bernankeâ€™s signal since May that tapering will happen sooner rather than later may not have been welcome by the QE addicts at the trough, but it suggested that responsible individuals were still at the helm of monetary policy and would force some much needed fiscal discipline to those who had been relying on central banks to monetise their deficits for too long. Yesterdayâ€™s apparent volte face on this therefore is a very sad day. Perhaps it may be temporary, but it has sent out all the wrong signals and that there is no monetary or fiscal discipline to rely on. As such it will have to be for markets to eventually provide this discipline, but painfully. Despite its best attempts, 10 year interest rates have already doubled in a year and mortgage rates are also up around 100bts. When the Govt and the Fed lose control of markets, then caveat emptor.