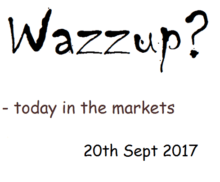 Slow start to the new fiscal year for FEDEX (fdx) and DIAGEO (dge_l).       Fedex Q1 disappoints on cyber-attacks and hurricane headwinds, while Diageo blames a late Chinese New year and US spirits investment for a weak start to its FY18.  Management innocent on all counts, of course   ;-)

We haven’t played in this stock since last December when we crystallised a +34% (+20% relative) gain on our long position, which over 9 months reflected an annualised gain of +45% (+27% relative). Since then, the arriving has proved less inspiring as the travelling, with the group reporting a slowing sales organic growth to approx +3.5% in Q1 FY18 together with a contraction in adjusted margins of -124bps, notwithstanding what ought to be the benefits of cost synergies flowing thru from the previous year’s TNT acquisition. Unfortunately, the only thing that has blown up at TNT has been its profits following a cyber attack which Fedex estimates has cost it $300m in Q1 alone. Beyond blaming hurricane Harvey, the other activities however seem to be holding up well, with volume advances notwithstanding base rate increases of around +4.9% since January. While not reflected in the -9% trimming of the full year EPS guidance, this presumably ought to mean that growth should rebound from Q2 as the supposed ‘one-offs’ in Q1 drop-out. With the stock price rallying to recoup some of the immediate sell-off post the results, markets clearly are happy to look thru the Q1 at these future trading peaks. With the share price already discount >+5% growth on a prospect OpFCF yield of not much more that 4%, it does however place a heavy onus on them delivering on these expectations in its forthcoming Q2 results which are due on 19th December.  (For more see our Analytics‘ section) 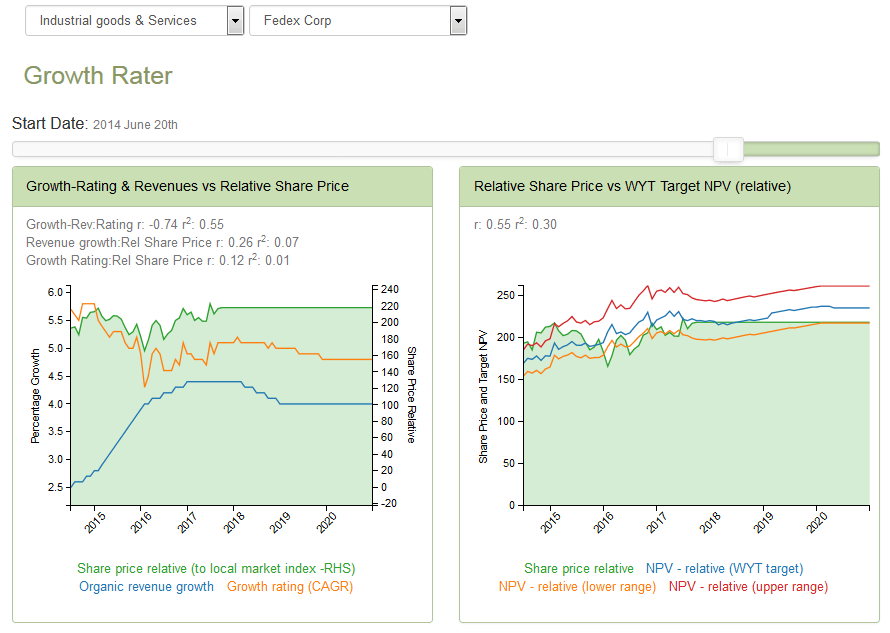 Diageo – AGM IMS: – The spirits may be willing, but the first half is weak

“FY18 expectations on overall performance for the year remain unchanged”, albeit with growth weighted into the second half. The group is still looking for MSD organic revenue growth for the FY18, but is cautioning that the H1 will be impacted by the later phasing of the Chinese new year in 2018 together with headwinds from highway bans in India. The group doesn’t provide specific margin guidance for FY18 (beyond reiterating its +175bps organic growth target for the 3 years to FY19), but states that for FY18, “margin expansion will be weighted towards the second half” due in large part to increased H1 investment in US spirits.

Just as well for George, he’s taking cash rather than shares for his stake in Casamigos!

(For more see our Analytics‘ section) 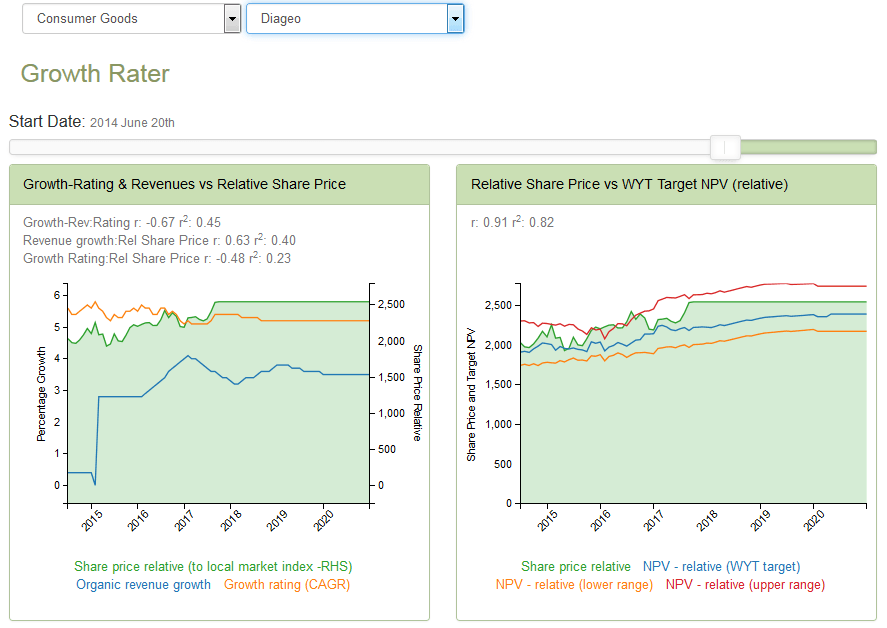