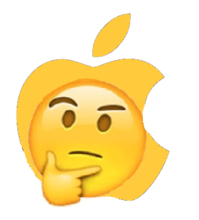 It’s difficult to get overly excited with the shares. Having briefly rallied after the better than expected Q3 results, the long awaited new product launches do little to resolve the big question and the shares are back below their relative market level when I closed the GrowthRater long position back on 13 May, for a 29% gain (>+100% annualised).

The big issue in question of course, is whether Apple can still be regarded as a growth proposition, or merely a vehicle to milk Steve Jobs’ legacy. While there are areas of significant growth potential remaining within this group, such as Apple Pay, the core hardware business and its over-reliance on the iPhone, is struggling. A decade ago, the iPhone was the revolutionary trailblazer in smartphones, with an unmatched ecosystem of Apps,  but not any more. For the new iPhone X, the FaceID system is a neat idea, given the increasing importance of security as these devices become transaction portals, but as the bungled launch presentation shows, is still a long way from being a reliable solution, let alone in addressing a host of other issues relating to security and privacy.

With hesitant growth from iPad and Mac, in terms of hardware, Apple needs to find the ‘next big thing’, but without Jobs, what’s on offer has just been an expensive headphones acquisition (Beats) and the Apple Watch, both of which may be popular to joggers in California, but have yet to make much of an impression on the group’s overall growth trajectory. Indeed, the Apple Watch sales are still not being disclosed to investors!

Looking at the stock performance and valuation from a GrowthRating perspective, suggests I am not alone in these views. From the annotated chart pulled off from the GrowthRater App below, I would like to highlight a couple of features and make an observation.

The short term sensitivity in GrowthRating to the immediate prevailing outlook in organic sales suggests a low level of longer term conviction in the Apple’s longer term growth potential, with investors merely chasing the immediate story. With a declining trend of peaks and troughs in organic revenue growth and without a pipeline of credible replacement products, this is perhaps understandable. For such a stock, I find a ‘buy the story, but sell the news’ has been the more profitable strategy and hence my decision to trade in my gain back in May.

So where to now?

If you were expecting the ‘X’ to be the next generation killer product to revitalise the longer term growth prospects from Apple, then you’ll be disappointed. Splitting the new product out into a premium priced ‘X’ while tarting up the iPhone 7 to include wireless charging and calling it an ‘8’ however should help to broaden its price range and therefore its addressable market, while keeping it in the game. While this might not resolve the longer term growth outlook (hence my unchanged +2-3% CAGR forward GrowthRating), it should still help to support the revenue ‘pop’ into 2018 and as we can see below, where there’s revenue ‘pop’, there are investors prepared to chase the growth story, albeit to a diminishing extent each product cycle. Although not representing enough of an upside to persuade me to get back aboard, it may provide for a more stable price environment for the stock, assuming a Trump tax amnesty on repatriating overseas cash occurs before Chinese sanctions! 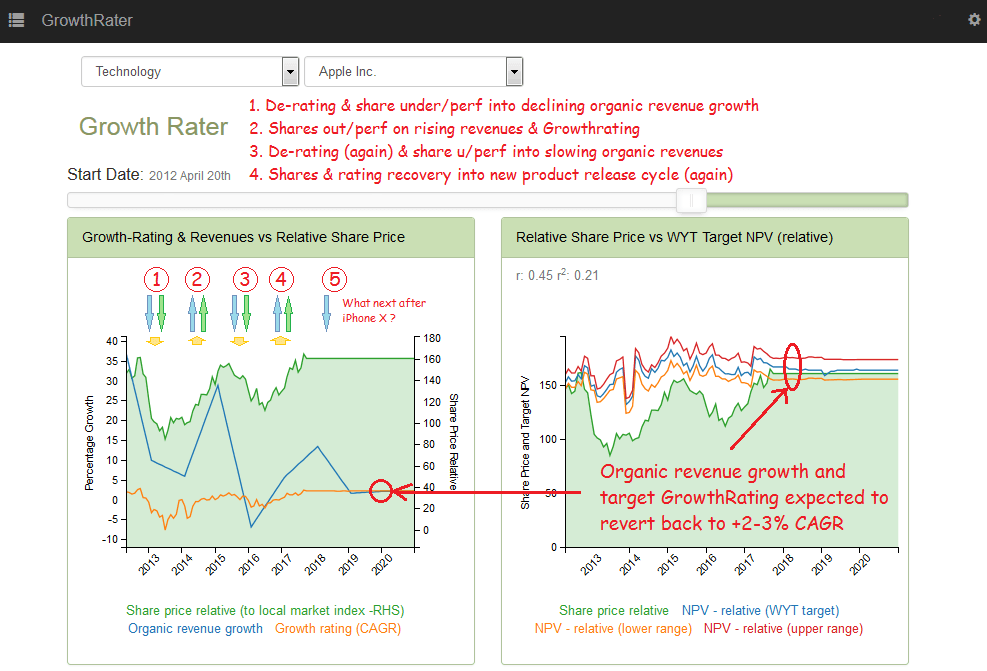