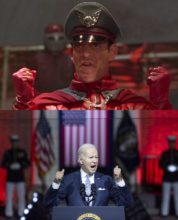 As political debate descends into the absurd, I am reminded that imitation is often regarded as the sincerest form of flattery;  although the look adopted by Biden for his latest rant may have some uncomfortable antecedents. The late great Raul Julia seems to have aced the imagery in his last role as the deranged dictator M. Bison in the 1994 movie, Street Fighter and even Biden’s nemesis Trump has been known to employ a bit of fist shaking .  Before these however, the true master in demagogic fist shaking and staged events ought to be well known to us all.

While this satire plays out, are you distracted now from what is really unfolding, as there are multiple potential layers and agendas at work here? Perhaps if one tries to work back from where we seem to be heading, this might be clearer. After two years of government over-reach and overt medical tyranny, climate activism and a punishing stagflation that can be laid firmly at their door, what we now have is the (inevitable?) reaction from a riled up and increasingly awakened citizenry. The result, is a green agenda that is in tatters, but also much else of the globalists nefarious plans, including digital ID’s and other collectivist measures. But while these apparently momentous political events unfold, there may be something even more significant being slipped through.

We have all heard of the WEF and planned ‘Great Reset’ where we ‘will own nothing and be happy’, presumably on a diet of bugs. We even have a James Bond type villain straight out central casting in the form of Klaus Schwab to identify as the evil genius behind it. Instead, it seems that this blatantly coordinated attempt to shove this down our throats will merely stimulate an opposing reaction: the real ‘Great Reset’. A central part of this will include the move away from the central planning of monetary policy we have suffered under MMT and financial repression, and the return to the market pricing of capital. How best to not only hide the pain of going cold turkey on a decade and a half of addiction to debt monetisation, but to deflect the responsibility for this mess on some easily identifiable political ideologues and demagogues.  Remember, Cui Bono and to concentrate on the hand that is hidden. In the meantime, enjoy the show! 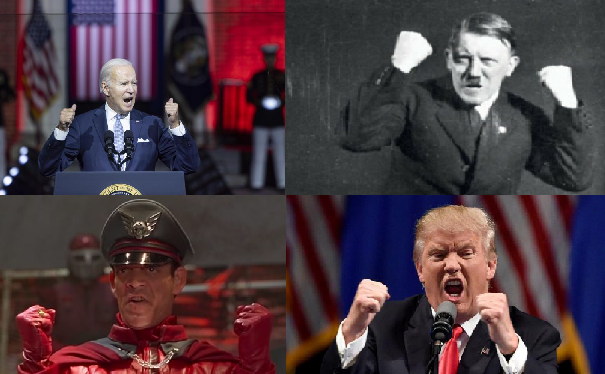