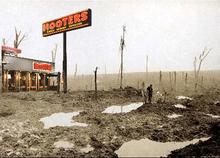 June’s US non-farm payroll numbers probably contain enough straws for punters to continue to spin a positive prognosis for markets.  A further  rise in monthly private sector jobs of  +662k,  suggests the US recovery is building, but the modest increase in average earnings, given these are focused on the lower paid and more transitory jobs in hospitality and leisure, won’t be treated as inflationary and therefore provide cover for further debt monetisation by the Federal Reserve. Of course, inflation is a problem and the recent increases in raw material prices and prospective rises in future taxes will put pressure on either real consumption or wages, notwithstanding the floods of illegal immigrants being bussed around the country by the new administration.  Not that markets will care as long as the Fed buys enough of the Govt’s bonds to suppress rates and sustain the illusion that future inflation can be brought back to around +2.5% pa and that the crumbling edifice isn’t going to be exposed by a currency crisis. 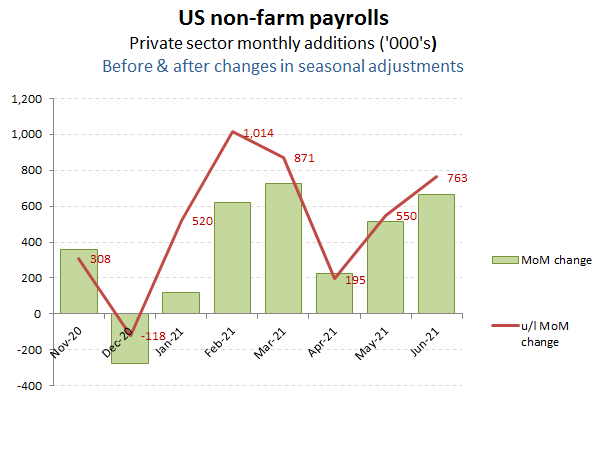 US Returning to Work

Florida has re-opened, attracting even some Blue State governors, reflected in the bounce in Leisure & Hospitality and Temporary Help categories. Manufacturing however, remains depressed, as is construction, with both struggling against rising raw material prices and suggests the recovery also remains unbalanced and therefore fragile. 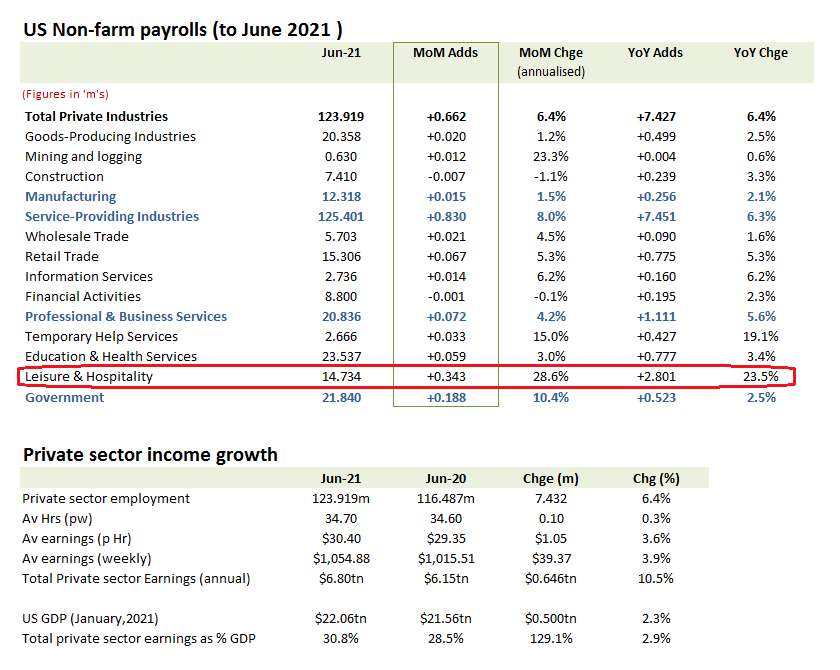 Recovery however skewed to Hospitality & Leisure

This fragility in the recovery can perhaps also be seen by the lag in the reduction in Insured Unemployment claims. The main reductions in these occurred during the first recovery wave post lockdowns at the start of this year, rather than in the last quarter. While the data is available only to the week ending 19th June, the cumulative total reductions in claims last month to that point was under -50k. The previous month of May meanwhile saw the total claims reduce by less than -125k, so again significantly lagging the BLS non-farm employment (gu)estimates for these months. One explanation for this apparent discrepancy could be that there are fewer employees in the Hospitality & Leisure and Temporary Help categories that have unemployment insurance and perhaps are not even resident in the US legally!  If so, then we may have been catapulted back to the ‘good ole days’ of globalisation of cheap foreign labour and domestic consumption supported by increased debt and currency debasement. 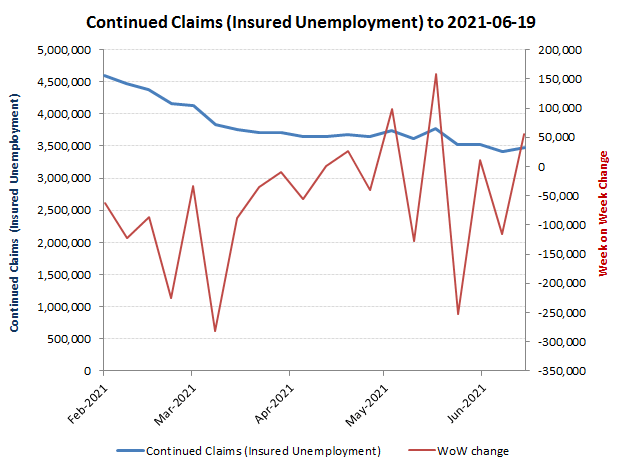 The relationship between central bank asset growth (debt monetisation) and equity markets remains unbroken. Indeed the virus ‘pandemic’ has merely been yet another ‘exceptional circumstance’ to justify governments to spend beyond their means and steal from currency owners. 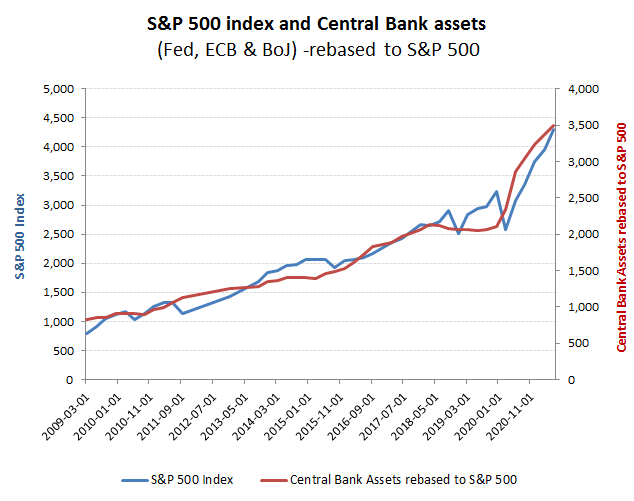 With Yellen in the Treasury and Biden signing cheques his handlers are putting in front of him, clearly Powell over at the Federal Reserve is under pressure to pick up the tab with yet more money printing. A fair chunk of the $330bn of asset build in just the last two months has clearly gone into Treasuries (as evidenced by the capping of the yield rises), the impact of this now also seems to be waning, particularly as GOP senators appear to show a little backbone and try and push back against the proposed budget, albeit somewhat limply. 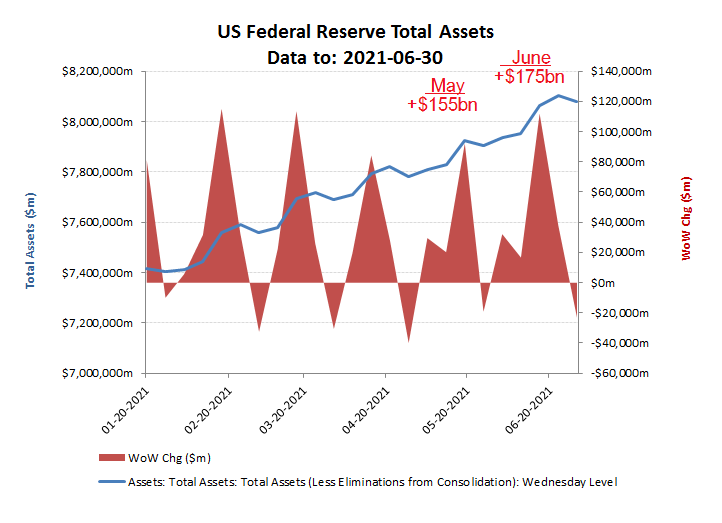 So what happens from here? Well, the USD is trying to find a base after the initial fall post Biden, while the Gold price holding at under $1,800/Oz might suggest that currency markets are hoping for some sanity to creep into the new administration’s fiscal and monetary policies.  It may however, reflect more about what may unfold out of Arizona! 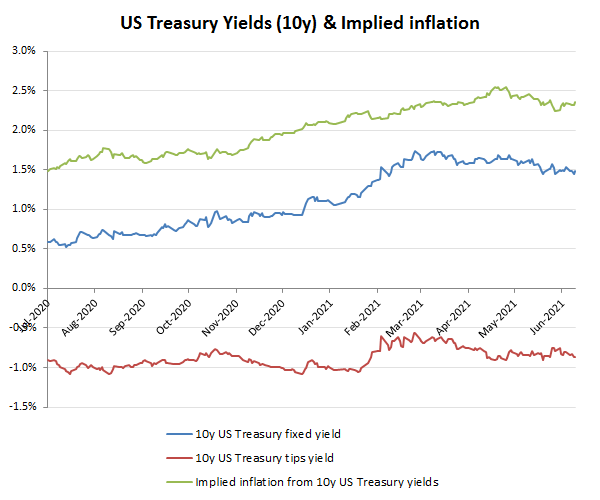