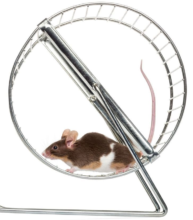 Einstein’s definition of insanity is well known – “Insanity is doing the same thing over and over and expecting different results.”

This however hasn’t discouraged some economists and central banks from arguing that all MMT (magic money theory) needs is just one more splurge of funny money to make it all come right. And as we can see from the markets, following this has been a winning investment strategy for over a decade now.

So will this also apply to other areas, such as Pharma? Should a new, but very profitable experimental medication fail to work after a few months, just claim that we need more of it and make even more money selling ‘boosters’. Great business model, as long as the patients stay alive!

The point here, is not whether MMT or the COVID ‘vaccines’ actually work in the manner that they have been promoted. The evidence on both is increasing suggesting the reverse actually applies.  What is important for the vast majority of market participants is how long the scam can persist in order to ride the trend and make a turn. In essence, this is a ‘bigger fool’ play where you know you’re buying garbage, but believe that you can sell it on at a higher price to the next buyer downstream, who may be deluded enough to believe the fake narrative, or just trying to play the same game.  So as long as central banks can continue to print money/credit and governments continue to buy medications to force on citizens, it doesn’t really matter whether it leads ultimately to a currency crisis and economic collapse for the former, or ADE and blood clots and billions of deaths and life threatening/changing adverse effects on the latter.

Unfortunately, participants in this game (ponzi, pyramid or pass the parcel in the Belfast pub – call it what you may) always believe they are smart enough to get out at one minute before midnight although invariably it’s only those in control the liquidity taps that really are able to finesse the timing and the rest are just gamblers and suckers.