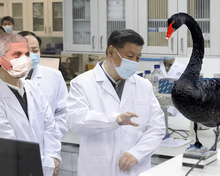 There seems no shortage of possible Black Swan events looming, although markets still seem fixated on the twin fictions; that we can borrow our way out of debt and that we can also vaccinate ourselves out of a pandemic. Unfortunately, endless repetition through a controlled media/Tech will not make either true and over the next couple of quarters we may well see markets disabused of the latter belief, which will then trigger a potential currency crisis to puncture the second.

“It is the first responsibility of every citizen to question authority.” – Benjamin Franklin.

Having digested the Q2 company reports, I was struck by the conformity in the official narrative that has been rigidly enforced across all MSM and big tech social media platforms, that being “trust the ‘vaccine’”. As a consequence, all corporate guidance and therefore trading expectations on which market valuations are currently being based, assume we are on an upward economic and earnings trajectory. It may not have been the two weeks to flatten the curve as originally promised, but it seems the desire to keep believing in the recovery, even as we enter the third year of such promises, over-powers the evidence of our own eyes. Indeed, this is classic Asch’s conformity, with a dose of Milgram Authority on a public terrorised into Stockholm Syndrome. This is cognitive dissonance at its best and assuming we can one day throw off the medical tyranny, should provide enough data for students of psychology to study for decades to come.

“They who would give up an essential liberty for temporary security, deserve neither liberty or security,” – Benjamin Franklin.

One important conclusion with the Asch experiment however, was its final one; that being the introduction of a supporting dissenter can rapidly collapse the conformity. What that means in the current environment is that as evidence builds that the official narrative is flawed, then it could collapse quickly. While this might offer positive consequences in forcing policy change to a more viable one based on early treatment and herd immunity, it is by no means certain given the almost cult-like devotion the fear of the disease has spawned in many people and politicians. Dismounting from this bolting horse is unlikely to be painless.

So what may it take to awaken the terrified masses?

Perhaps, it will be the dawning realisation that the funnel down which they are being guided is one where the cure is immeasurably worse than the disease. If mask wearing, lockdowns, medical coercion and higher taxes doesn’t work on the sheep, then perhaps some of what they have been running away from may finally break the trance, that of death. It’s rather hard to maintain the narrative that you are being saved, when the vaccinated are dying faster than the unvaccinated and virtually everything that you have been promised turns out to be false. While the rising hospitalisations and deaths amongst the vaccinated is being spun as a consequence of mutant escape of new strains (a consequence of mass vaccination and nothing to do with the unvaccinated) which the vaccines fail to protect against, there is another more worrying dimension to this. This is the growing body of evidence that the viral loads in covid infections amongst the fully vaccinated are at, or greater than in the unvaccinated. In some cases the viral loads have been found to be higher in the vaccinated, as suggested from the Oxford University Medical study published in the Lancet pre-print on Vietnamese healthcare workers with COVID and who all had been previously fully vaccinated, but were expressing higher viral loads than recorded in a previous study of viral loads from unvaccinated cases from an earlier strain.

The above data immediately suggests at least two things.

Firstly the higher viral loads on vaccinated infections would be a red flag for Antibody Dependent Enhancement (ADE), sometimes referred to as pathogenic priming. This is when a vaccines antibodies instead of targeting the virus for termination, actually bind with it and assist its entry into a cell and infection. This has occurred with vaccines such as for Denge Fever and RSV and perhaps more relevantly with all previous attempts at a coronavirus vaccine. For twenty years scientists have tried to develop a coronavirus vaccine, but never passed the animal trials. Why, you may ask? – Because as the initial antibody surge post vaccination started to wane, they all developed ADE and ultimately died. What have they not done with these current experimental gene therapy/vaccines? – Animal trials!

On knowing this, the second point must be a glaring one – why have these vaccines not been immediately pulled? Indeed, why have authorities maligned and attempted to deny access to cheap and safe early treatment protocols with a demonstrable efficacy in reducing hospitalisations and death from this virus. Why also have they ignored the already throttled adverse events data from these vaccines from the general public and continued to coerce their uptake even on largely unaffected demographic groups including those never included in the original trials, such as children and pregnant mothers? Why also have authorities continued to push divisive and illegal vaccine passports, which not only ignore the much more effective and long lasting natural immunity, but also the fact that the vaccinated are now the super-spreaders? For a virus with a survival rate, even without early treatment, at over 99.97% for all but the very old and ill/obese, what is the government’s threshold for serious (as in life threatening/changing/shortening) adverse events and deaths on the vaccine now the efficacy, even measured on antibodies (rather than the more relevant T-Cell response) is waning to under 40% in Israel and less than half the level of early treatments? When deaths from the earlier swine flu vaccine hit 25, these were pulled immediately, but in the US, VAERS is showing reported deaths from these coronavirus vaccine already at over 13 thousand, while other data sources suggest a figure possibly over ten times this figure. Something is clearly very wrong, not only with these vaccines, but the seemingly maniacal fervour with which they are being promoted in the face of mounting evidence that public health interests are not the real agenda. Isolation and tight control of MSM and social media can only suppress this for so long however and as more people know of a friend, relative or neighbour that has suffered death or serious adverse effects from the vaccine rather than the disease, then hopefully we should be approaching that introduction of a supporting dissent as per Asch’s theory to start to roll back the entire edifice.

In the below section, I have included charts for the COVID vaccination rates and reported deaths WITH the disease. It must be noted that the latter figures may be substantially over-stated and in part this appears to be the result of official policy to terrorise populations into compliance. It therefore must be assumed the heavy incentives offered for treating covid patients and discouragement in authorising autopsies are part of this data management together with the propensity for false positive readings when using the PCR test above 40 cycles. Unfortunately, it doesn’t seem to stop there, with the CDC now including as deaths WITH COVID, those who have been vaccinated within the previous two weeks. As this also represents a peak period for vaccine adverse events, that also suggests that these will now be categorised as  deaths from the disease rather than the supposed cure – how very convenient!

From the below summary charts comparing cumulative vaccination and death rates from COVID, I think we can draw a number of observations.

What is India doing that the others aren’t? – early treatments and Ivermectin.  Coming soon, an expensive version from Big Pharma that you will be allowed to use!

I included the below charts showing new vaccinations and disease deaths across the key regions to highlight the incidence of death prior to the vaccination rollout has been clearly seasonal in nature. In itself, this out not to be surprising and in particular when one considers that either flu miraculously disappeared over the last two years, or has in fact just been bundled in with covid and pretty much everything else the hospitals can get away with to collect the covid bonus payments.  This year and in Israel in particular things seem to have changed as Covid deaths have started to spike early and in particular amongst the already fully vaccinated.  Notwithstanding only a 0.3% variation of the Delta variant to the previous strain, it appears the vaccines are failing to offer resistance to this new strain and “with Delta, infections occurring following two vaccinations had similar peak viral burden to those in unvaccinated individuals.”  That might suggest that the existing vaccines and antibodies are a complete dud for it to have no appreciable benefit against a strain that shares 99.7% of the previous ones genome, or perhaps something more worrying, given reports elsewhere of viral loads in fully vaccinated perhaps being higher, such as with the Oxford University Vietnamese health-worker study that is in pre-print on the Lancet.  With the animal trials of previous failed coronavirus vaccines, the danger point was when the animals were presented with the virus as the initial antibody spike was waning. Instead of the normal T-Cell response and neutralising antibodies, these merely accelerated entry of the virus into infecting the cells.  It is still not clear what is happening here (wouldn’t a proper trial helped?).  Is the target spike antibody so narrowly defined that it completely misses even the smallest divergence in a new strain, but if this is the case, then why are they pushing a booster of effectively the same failing vaccine? Is it a failure to stimulate a longer lasting T-Cell response, which would therefore be consistent with the booster, but also an admission of an ineffective vaccine, particularly given all the side effects. Or is it an early sign of ADE?  If the latter, then expect a bumpy ride across other regions a we enter the flu season and as they cycle the six months from the start of their own vaccination rollouts. Also keep an eye on further back-peddling by the medical establishment and health authorities on comparative viral loadings. Having gone from saying loadings on the vaccinated were considerably lower than on the unvaccinated, we now have them admitting to level-pegging, so how long will it be before they try and explain why they are higher, but the vaccines still work so well, you should keep having them?  – Watch this space!

A seasonal mortality, until now in Israel!

So let’s look at our two outliers, Israel & India. At first glance the close correlation of vaccinations and new deaths might suggest evidence of vaccine effectiveness, but a similar profile of winter mortality peaking around February and fading by the summer was also apparent across Western Europe and North America regardless of their respective progress in vaccinations. A two to four week lag would also be expected from vaccination to reductions in mortality, if effective, but that isn’t apparent in the Israel data. Indeed the coincidental profile of vaccinations and mortality, particularly during the recent spike, would actually be more consistent with rising incidence of infections and death driving fear and vaccination uptake rather than the other way around. For India, the seasonal flux is clearly different, but here the spike and subsequent decline in covid deaths considerably preceded the increase in vaccinations, suggesting as with Israel, it is fear of the disease the drives up vaccination rates rather than higher vaccination rates lowering disease deaths.  Ironically, Israel may be flogging the proverbial dead horse with pushing a third and possible fourth shot of the same failing vaccine which will presumably flood people with more toxic spike proteins and more short term antibodies and presumably the same negative impact on existing neutralising antibodies and immune system, just in time for the flu season.  Perhaps Pfizer would do better just flogging its version of the horse de-wormer and copy India!