I guess no one saw this coming, did they? A new variant of the coofe, which is evading those expensive gene therapies and frightening all us sheep to keep taking our medicine and sign up for our social credit passports. Notwithstanding that these scary variants are a direct product of pushing a mass vaccination programme of a leaky ‘vaccine’ in the first place, the rewards of failure are that governments will again exploit fear to double down to try and enforce more of what clearly is not working.  Not great for people and businesses wanting to get on  with life, as seen by the approx -10% declines in prices amongst many airline and hospitality stocks on Friday, but a boon for big pharma again, with the prospect for more jabs pushing Moderna up +20% on the same day. It is a shame that this new variant went straight from Nu to Omicron, thereby missing out Xi, but then all the variants ought to carry that one. As for Omicron, at least it anagrams with Moronic, which is what this game of variant ‘Whack-a-Mole’ is becoming!

What has become clear, is that this has little to do with health, but everything about money and control. It has also become an issue of politics and power, rather than the science. Joe public may not be interested in the numerous scientific studies and evidence surrounding the impact of these experimental treatments on blood clotting, DNA repair and innate immunity, but they are starting to notice when healthy individuals are increasingly dropping dead in front of their eyes from ‘mysterious’ heart attacks and strokes, as can be seen from the below chart of Google search trends for “died suddenly”. 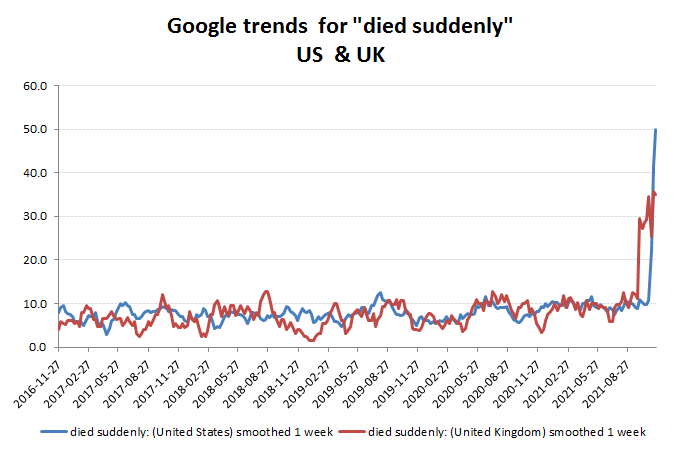 People are beginning to notice!

If governments are removing our liberties and rights while destroying economies for our health, then they are failing particularly badly at this when overall mortality amongst the under 65’s is rising in 2021, both on last year and against the prior year trends. And this in a year that has ‘benefited’ from the miracle vaccine, while last year was during the unrestricted spread of COVID, which with the denial of early treatments would be expected to cull the particularly weak and vulnerable members of the community.  This year, with what ought to have been a proportionally healthier remaining population, including a reduced exposure to the virus from vaccination and natural immunity, should have resulted in significant reductions in COVID related deaths and therefore overall mortality. Neither however, have transpired and while one can fiddle the definition of a ‘covid’ death, an analysis of the overall mortality rate offers fewer places to hide for politicians and the medical establishment.  Joe public might be bamboozled on the manipulated statistics from the establishment, but can still understand that a ‘vaccine’ and policy is a dud and when coerced into a booster every few months that neither stops infection nor transmission and seems to increase mortality, rather than reduce it.  When athletes are keeling over and dying in record numbers in front of fans, it can no longer be dismissed as ‘rare’, while more of the population is becoming aware of the rapid collapse in hospitalisations in states such as Uttar Predesh (India) and Japan immediately following the introduction of early treatments based on re-purposed, safe and off patent (ie cheap) drugs. Is it any wonder that protests against to current medical tyranny is breaking out across the World?  Time clearly for a new variant, or perhaps that should be scariant! 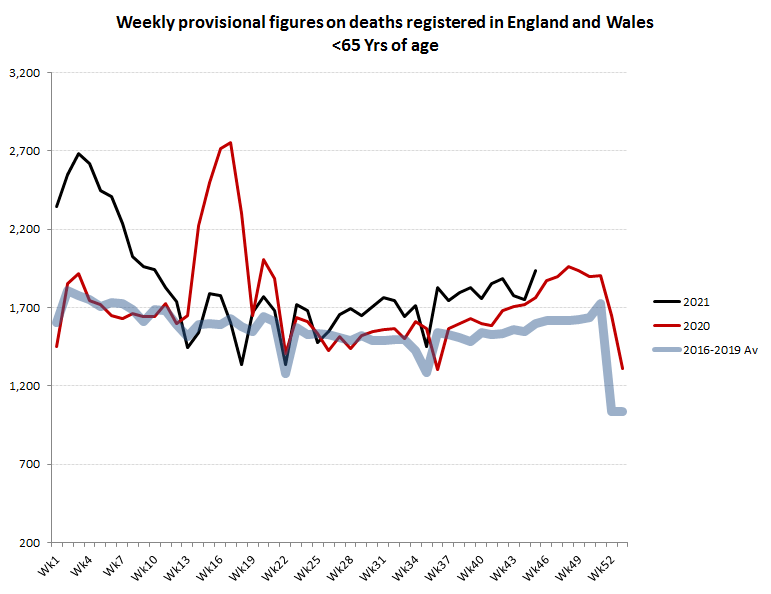 So what’s this new variant found in Botswana that has stock markets getting spooked about? Firstly, it has yet to be determined as to its infection characteristics, vaccine resistance or mortality. What is known, is that it was discovered in four people, all of whom were fully vaccinated and so far there are no known fatalities reported from this. Indeed, Dr Angelique Coetzee, the chairwoman of the South African Medical Association who first raised the alarm of the new COVID variant, described the new variant known as the ‘Omicron’ as causing  “unusual but mild symptoms”.

“It presents mild disease with symptoms being sore muscles and tiredness for a day or two not feeling well. So far, we have detected that those infected do not suffer the loss of taste or smell. They might have a slight cough. There are no prominent symptoms. Of those infected some are currently being treated at home,” said Dr. Coetzee to Sputnik.

“Yes, it is transmissible, but for now, as medical practitioners, we do not know why so much hype is being driven as we are still looking into it. We will only know after two to three weeks as there are some patients admitted and these are young people aged 40 and younger,” she added.

The infection of the fully vaccinated however, means nothing, as most of the covid infections, hospitalisations and deaths around the World are already amongst the ‘fully vaccinated’ and while we get a regular diet of fear-porn that this is a consequence of an escape mutation, such as the Delta variant, this is by no means certain. Indeed, the Project Veritas recording of a Pfizer research scientist has him suggesting the infections are mainly a consequence of the waning antibodies, rather than the Delta variant and also suggesting these ‘vaccines’ offer no meaningful long lasting immunity from infection.

So what are financial markets so frightened about? Perhaps Botswana is a hotbed of covid plague, soon to be unleashed on the World.  Well, the data from the WHO up to last week presents a rather less dramatic picture, with only 257 cases recorded in that country on the 26 November, while the last reported date for deaths being zero on the 22nd. Total cumulative recorded deaths associated with Covid meanwhile in Botswana amounts to 2,416, which out of a population of 2.34m, equates to 0.10%, or under half that of the UK.  Hardly the stuff of nightmares, but that didn’t stop various parties winding up the panic while Americans were celebrating Thanksgiving and spook the markets. As if on cue, those politicians pushing for lockdowns, ‘freedom’ passes and endless vaccines were quick to wind up the fear and impose additional travel restrictions. Needless to say, the vaccine manufacturers promised to supply them with brilliant new shots, but given the complete protection from any liability, their promises carry no more weight than their previous ones!

Despite all of the above, the initial reaction from our political class has been rather predicable, with more panic and hyperbole.  In the UK, additional restrictions were immediately imposed on travel, with the Government abandoning its ‘Plan A’ to revert back to a nebulous ‘Plan B’, while in the US, the un-elected new governor of NY imposed a state of emergency.  Clearly, none of this has been based on one iota of science, but merely reflects an excuse to cling onto power.  This forthcoming week ought to provide a litmus test on whether further push-back from an awakening populous to these scams encourages a more considered review and reversal of these panic steps.  At the very least, markets may need to re-consider some of the hasty reactions of last Friday. 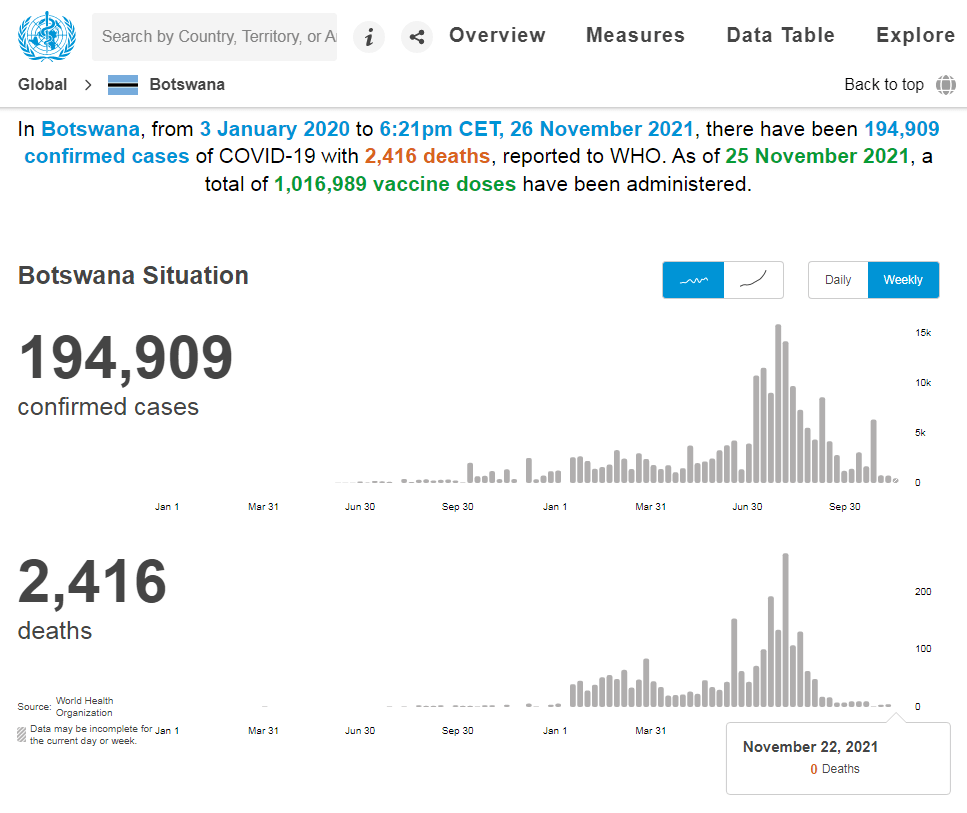