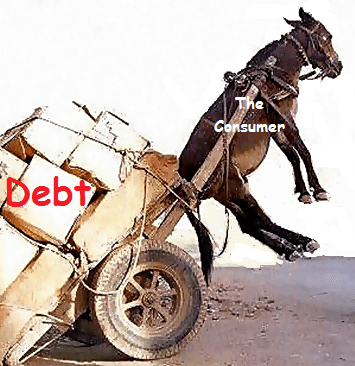 Well that seemed short-lived. Perhaps the bounce in US equity markets on the February non-farms was just a one day wonder. The numbers however, weren’t too shabby for equity prices; the combination of a better than expected net job growth (including upward revision in the January guesstimate), but with a lower pace of average wage growth. In Goldilocks-land, that’s equivalent to having your cake and eating it, as the muted wage data eases inflationary fears (and therefore prospective interest rate rises), while the strong job formation supports confidence in consumer demand growth. Perhaps an added benefit to this mix has been the comical outrage expressed by serial tariff abusers, such as the EU and China, to Trump’s Aluminium and steel tariffs. Threats to escalate these into a full blown trade war, provides another scare story to slow the tightening process by the Fed. Mr ‘Art of the Deal’, meanwhile continues to run rings around these professional politicians for the simple reason that he knows he controls the stronger hand and as such he will screw significant concessions from these windbags. The US trade deficit with both China and the EU is going to decline, either as a consequence of these guys dropping their own barriers on US imports or having to suffer comparable ones imposed on accessing the US consumer. If one had to bet between Junker and Trump on who is going to win this one, I think we all know the answer.

As for the February non-farm payroll guesstimates for February, I’ve included what I think are some of the more relevant data points in charts below 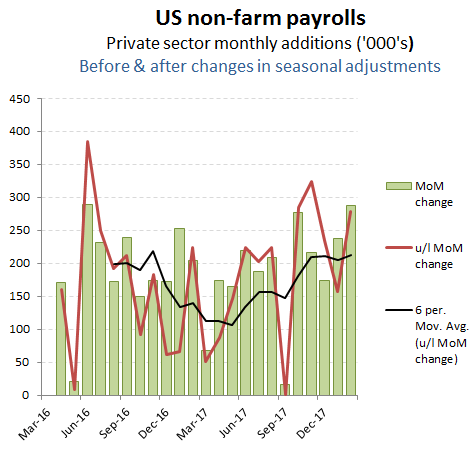 2. The modest pace of annualised hourly wage growth in February, while the overall YoY improvement remains just above +2.5%; or approx only +50bps above the implied inflation rate from US treasury prices (more on this later) 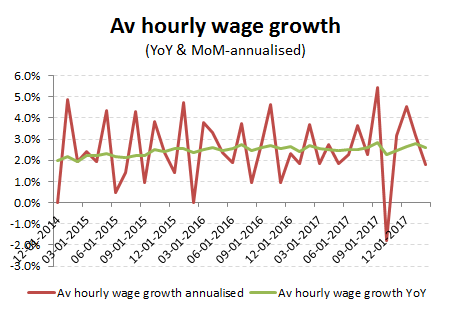 3.  Manufacturing job creation is positive, so expect someone to brag (even more!) with construction growth also strong. For once, there wasn’t an obvious weather issue YoY to explain this, although regional variations may have played a part in what are always volatile winter months for this segment. Elsewhere, temporary help categories rebounded, which one might expect would tend to provide a mix related depressant within the average hourly wage numbers. 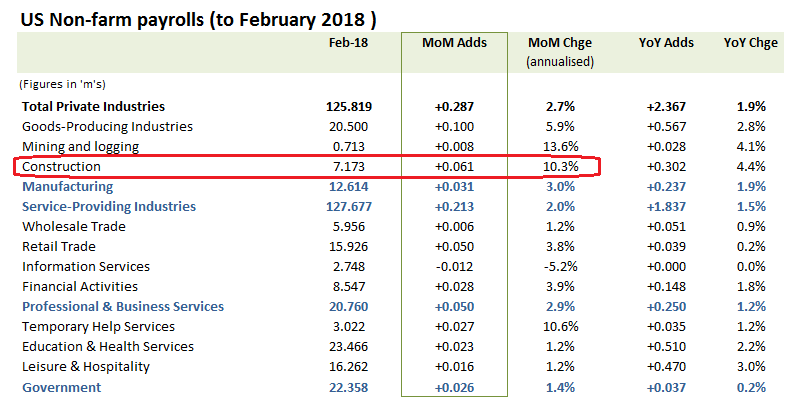 3a.  Those improved construction job numbers were consistent with the recent trend in new housing starts below 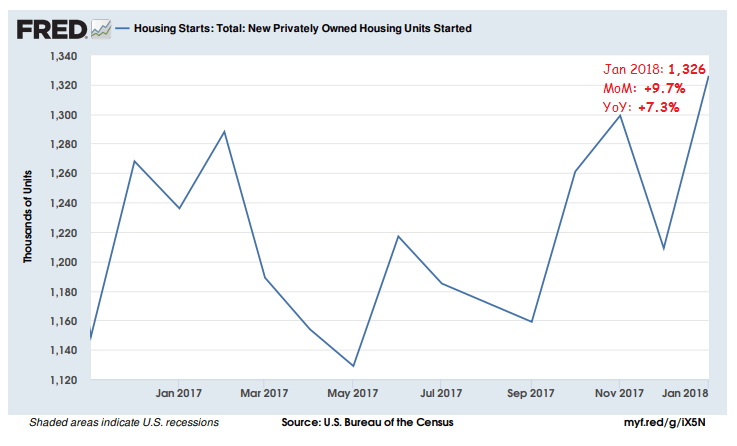 4. What these non-farm are all about – interest rates and growth. At the long end of the yield curve, rate and inflation expectations have been on the rise, but at a considerably more muted pace than some of the, quite frankly hysterical, headlines have been suggesting. 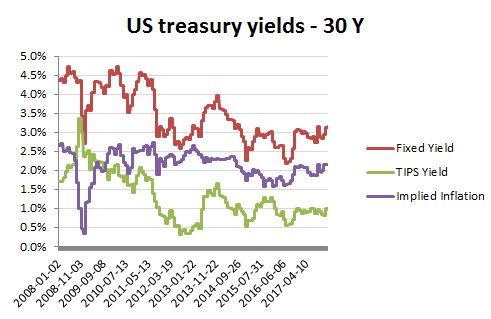 US Treasury rates & implied inflation edging up, rather than soaring

5.  And what we all fret about – weaning the consumer off the debt fuelled fix. Of course, the below chart reflects just the private consumer’s addiction to credit. Fold in the Federal government debt and then tot up the state level unfunded liabilities and one can understand the markets concerns.  The first steps in this process has been to raise incomes, but without spiking inflation or panicking markets, as we have seen in the past. For the latter, this means beginning to normalise rates, but to keep enough liquidity pumping into the system. Underlying the tough talk coming out of not just the Fed, but increasing also the BOJ and dare one say ECB (hahaha1), I can’t help feeling there is no shortage of credit being fed back into markets under the table at the same time to manage this transition 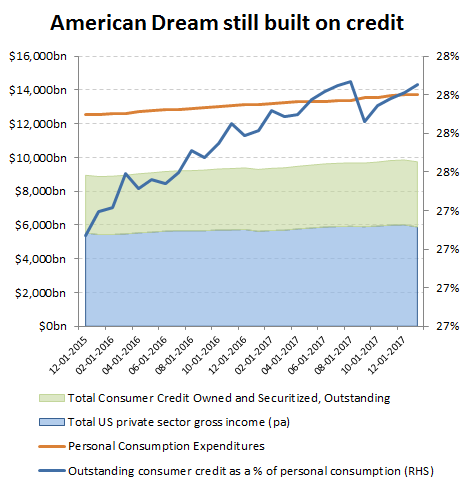 Consumer binge still built on debt and then some!