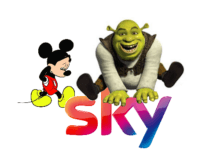 Perhaps the cunning plan was to absorb Sky while still carrying a hefty risk premium ahead of the all important Premier League (PL) football rights negotiations and then reap the benefit when these were renewed for what turned out to be -14%/-£199m pa reduction. Unfortunately, with 21st Century Fox’s (21CF) bid stranded with the UK regulators until after the PL rights announcement, outsiders were able to model the now improved prospective numbers for Sky with a greater degree of confidence. Combine a lower risk premium on a higher expected FCF outlook and include the time value on the stalled bid and Comcast has seen an opportunity to gazump both Murdoch’s 21CF bid for Sky and as a consequence Disney’s, as the prospective owner of 21CF.

This clearly places the Sky directors in an interesting position. Previously loyal to their controlling shareholder (Murdoch), these bonds would have already have been stretched by 21CF agreement to sellout to Disney and now with a credible counter-party on the scene (Comcast) offering a 16% cash premium to the 21CF offer, they will have every reason to rediscover their fiduciary duty to consider the new player in the game.

With the share price already running ahead of Comcast’s £12.50 per share cash offer, markets smell a bidding war and one supported by Comcast’s easier regulatory situation as well as what appears to be a more generous funding criteria. In it’s “strategic rationale”, the Sky offer is justified on its ability to be free cash flow positive in year one, while also being “well positioned to drive future growth”.  Of course for a cash bid to be be FCF positive in the current rate environments, doesn’t mean a great deal and indeed, even on existing expectations, the business should be yielding a post tax ROI of around 5.5% once the new PL contract kicks in; so still well ahead of prospective funding costs on even the most pessimistic of interest rate forecasts. On this basis, clearly Comcast could sweeten the pot quite a lot further.  The caveat however, is how much it really believes in its ability to sustain organic growth out of Sky’s distribution platform at a time of further ‘cord-cutting’ and encroachment by new content providers (Netflix, Amazon etc) as they piggy-back on ever faster and more reliable internet access.  The prospective FCF yield of Sky at current levels implies a growth rate of over +4% CAGR. While not aggressive against the recent past, this might not be that attractive relative to future growth rates.  As with many legacy media, Comcast still gravitates around its distribution model and comfort zone, just as newspapers response to disintermediation is often to double down (as with Trinity Mirror’s offer for the Express).  Short term this can be substantially earnings accretive, but often value destructive should they prove to be over-paying for future growth. But then, when all you’ve got is a hammer, is it surprising that everything is made to look like a nail? 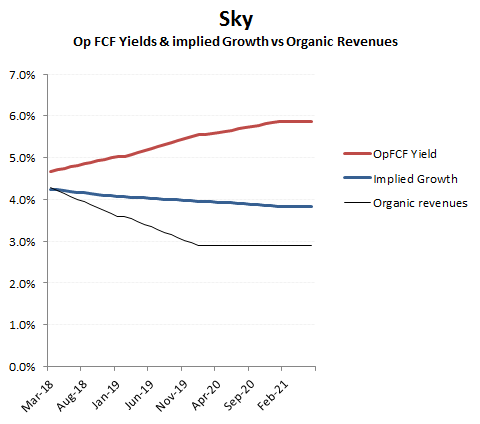