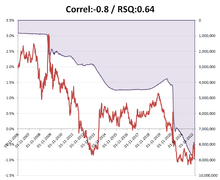 A flattening yield curve is often seen as an ominous portend of economic doom, while a forced increase in interest rates can often ensure its delivery.  This convergence however, is the conclusion of a tale that has been in the making for a couple of decades, but one where the inflationary consequences now threaten to expose.  This is because the appreciation of inflation risk undermines a currency’s ability to defer a solvency crisis with endless liquidity. 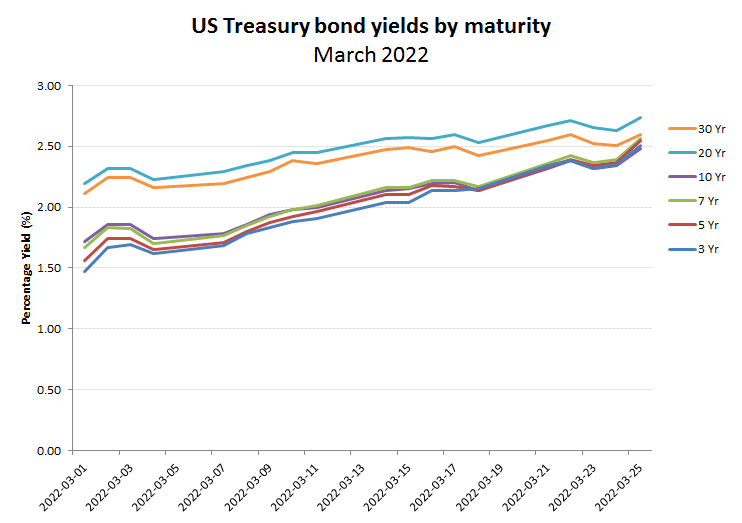 For as long as central banks could push a deflationary narrative to support massive monetary expansion (money printing) and include MMT/QE to depress risk free returns, this was a good wheeze and following the example of the US Federal Reserve, all other fiat currencies followed suit. In the section Marginal buyer in this site I refer to this process and along with reproducing the below chart showing the scale of the assets bought in by some to the leading central banks I also include a chart to demonstrate the damaging GDP growth implications from such a strategy. A couple of conclusions that can be drawn meanwhile would be firstly, that the limits to central Bank asset and monetary expansion are not defined by any ‘magic number or ratio, but reflect the credibility of currency markets that this will not be inflationary. Like the fable of the Emperor’s clothes however, once the illusion is broken, the apparent virtual circle of monetary expansion supporting QE and artificially low rates and fictional asset inflation can quickly move into reverse.  Secondly, and perhaps ironically, the US may turn out to be the one economy best positioned to normalise monetary policy and interest rates. While the current trajectory and administration seems to be actively trying to hasten the end of the US dollar’s reserve status, from November, all this may reverse depending on the outcome of the mid-term elections.  A return to cheap energy, tighter fiscal and monetary discipline together with a Fed balance sheet already half that of the ECB’s to unwind and 2023 could prove transformative for the US. Not just in its capacity to absorb a normalisation in interest rates, but in the comparative appeal in those circumstances for the US dollar. For the ECB/EU however, still reeling from CV-19(84), both politically and economically and its political dogmatism, high taxes, stifling bureaucracy and unresolved federal powers, this could prove a most difficult time. 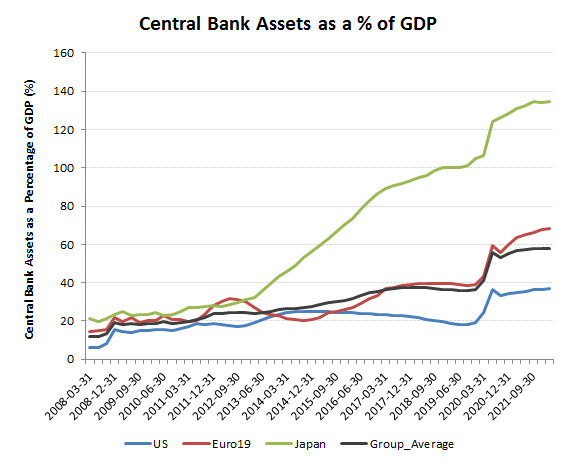 So the problem spawned and facilitated by the US with its fiscal irresponsibility and monetary fraud now has global consequences, both in terms of changing inflation expectations and interest rates. 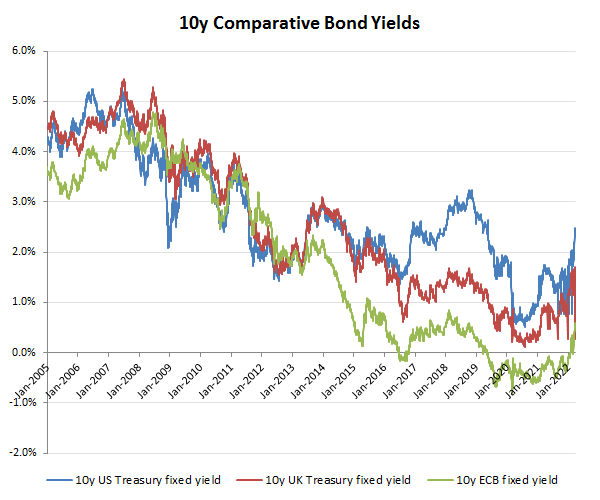 While the below chart on US 10 year Treasury might offer some context to the subject and where rates might normalise to, the main reason for my inclusion is not just to show the implied inflation being priced into these bonds, but that of the inflation adjusted ones (TIPS), which are often used as proxy for the market’s risk free return. Those with keen eyesight and critical analysis, may also have noticed the negative return being priced in for an instrument, where prior to 2009 was offering real yields of 2.0-2.5% pa. 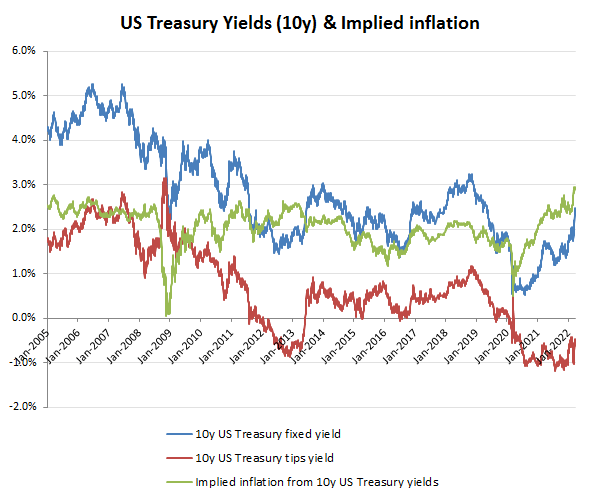 Unfortunately, as Tommy discovered at Uncle Ernie’s, the Fed/US government has been ‘fiddling about’,  distorting the market’s pricing of capital by issuing itself endless credit to step in to buy in new and existing govt debt issues and thereby create the illusion of demand and low rates. When Maxwell was raiding his pension fund to buy up and support his own share price in the markets, this was sensibly regarded as fraud. When governments do this however, it’s given some stupid acronym like MMT or QE, along with a few Nobel prizes to get academia on side and we are supposed to believe this is clever!

All one needs to see why real returns are low, is to see the extent to which new fiat funny money has been created out of thin air to buy in bonds and support prices/deficits and artificially compress yields. Borrow money on a credit card and will cost you 20-30% APR. Borrow it from the Government to buy in their debt however, and it’ll cost you  fraction of a percent. – now that’s what I call a friend!

BTW, the chart below shows the Fed’s total balance assets (inverted) from its QE programmes, which were massively expanded from 2009. Also included, is the 10Y Treasury TIPS yield and yes the correlation is negative (because the FED BS asset is inverted), while the RSQ is what the geeks would refer to as a statistically significant 0.64.    As the Merovingian might say, “Cause and Effect”! 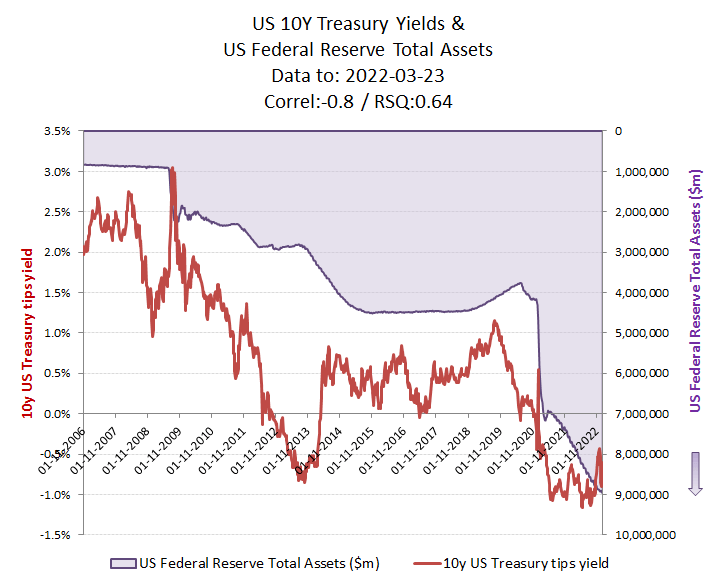 What is compressing inflation adjusted Yields?

So this tale started with central bank manipulation of the market pricing of capital and this is where it will end. Not because of some newly discovered morality, but because currency markets have rumbled the fraud as inflationary pressures burst through and not just on the US dollar, but globally. While the Democrat administration retains its ambition to drive the currency off a Wiemar style debasement cliff, its ability to push many of its plans through both Houses no longer matches that and the November mid-terms promise to be a bloodbath for the party. So will the Fed try and get in early and follow thru with its hardening monetary narrative and possible tightening? Well so far, the reduction in asset purchases is only just perceptible, albeit in the right direction, while bond markets globally are beginning to get the message with some modest improvement in yields. Should the Fed replace QE with QT, as promised, then as per the above chart on real yields, then it would not be unreasonable given the fiscal deficits and need to fund this, for real yields to normalise back up to 2.0-2.5% again. On an inflation discount of around +3%, that therefore would suggest the 10 year bond yield back up to 5.0-5.5%.

While sections of the US economy might struggle, offsetting tax reductions and falling energy costs could offer offsets. For Europe however, how would Spain or Italy handle this, or would the ECB keep on lending new Euros to the domestic banks at under 0.5% to keep buying their governments comparably yielding debt. Without exchange controls however, it might be difficult to stop them recycling the cash straight into higher yielding US dollars and treasuries! 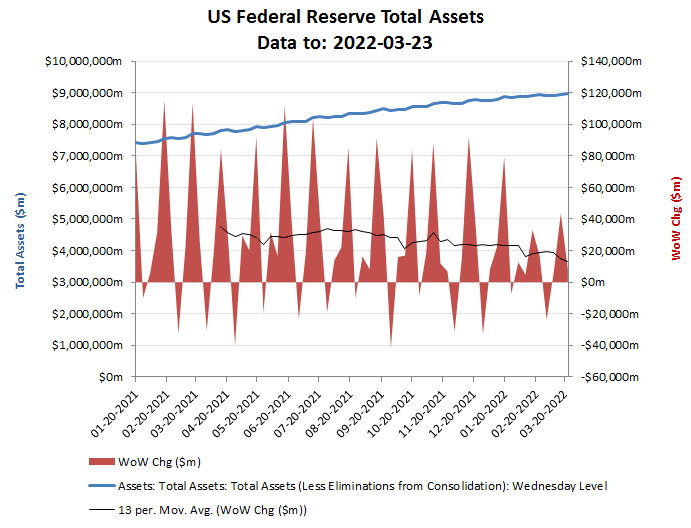 Lose control of inflation and you either taper of get Wiemar!