The 1956 movie Forbidden Planet was at its core a tale of hubris; that technology can overcome nature, whether for Krell or human. The analogy for  markets might be the conceit that the business cycle can be expunged without consequence and that one can borrow oneself out of debt.  Like the ‘monster from the Id’ in the movie, today’s inflation provides a salutary reminder that there are consequences to trying to bury a solvency crisis from bad investment decisions with a liquidity solution in the form of ‘money printing’.  At some point, the former has to be paid for out of consumption. The question yet to be resolved however, is whether the currency stakeholders have the stomach to match that of Paul Volker’s interest rate rises in 1981, or risk losing control to the currency markets by trying to defer the inevitable.

Unfortunately, on past form, the above question seems all too rhetorical. The Fed commitment to unwinding its balance sheet will need to be demonstrated rather than promised, otherwise the administration will need to keep negotiating that delicate balance between stirring up war risk (and sustaining USD safe haven demand), but avoiding the real thing.  Clearly much can go horribly wrong with this strategy, while at the very least this would suggest a further normalisation in real bond yields, perhaps back up to 1-2% without central bank intervention.  As a measure of that commitment therefore, will be the actual weekly data of asset purchase and then net sales from the Fed, which will be carefully followed by markets. 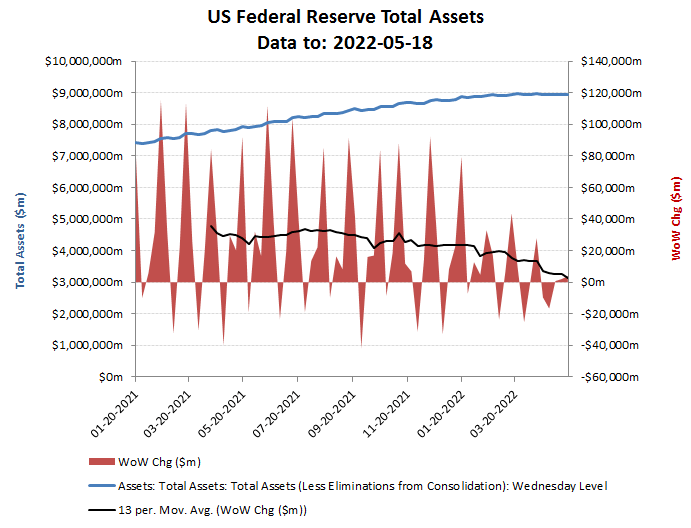 If investors need reminding of the relationship between US central bank intervention with its asset purchases and real bond yields, a quick look at the chart below ought to help illuminate proceedings, with recent reductions in Fed asset purchases and promises to start tightening soon moving real rates positive again in anticipation. Unfortunately, many market commentators seem to have lost sight of the artificial distortion that occurs when the creator of potentially unlimited fiat currency intervenes by buying in new and existing debt instruments in that currency. Remove the intervention and markets quickly revert to pricing in an interest return to reflect that issuers respective default risk premium.  For USD, this has historically ranged between 1.5-2.5%.  So if the Fed actually follows through with its promise to stop QE, then with the US treasury still running a structural deficit of well in excess of one trillion USD pa, then real rates could soon normalise back to around 2%. 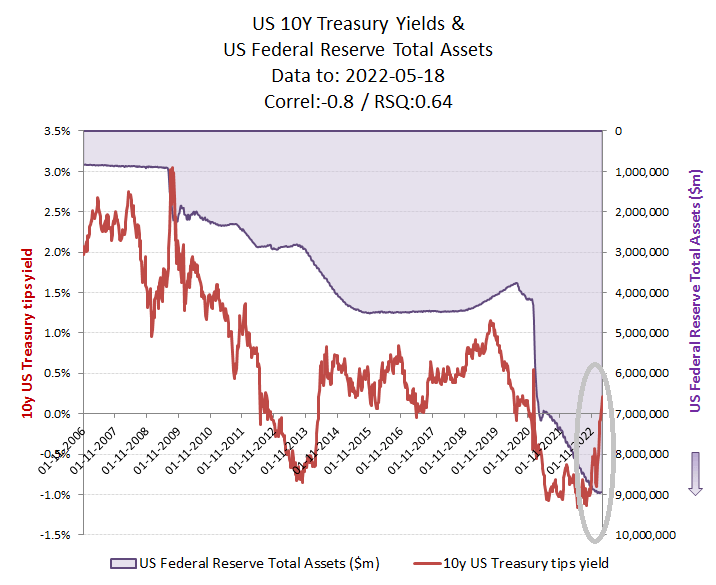 Then, its a question of how successfully the administration has been with its fiscal and other monetary actions as to where the medium term inflation risk will be priced into these bonds. At present, this is already nudging 3%, but with headline CPI likely to head towards 10%, this has scope to go higher and possibly much higher, should the current crop of MMT adherents remain in charge. 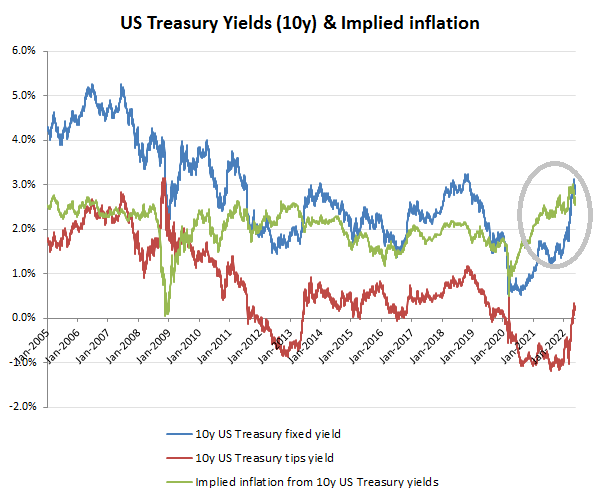 Lose control of inflation and head into a recession with a debt and therefore possible currency crisis and ugly things can happen and fast. Stagflation is of course the most obvious, which is something those pushing MMT claimed was a thing of the past.  The US and World is already on the brink of recession and rising inflation is already squeezing real disposable incomes. Stir in a doubling or a quadrupling of mortgage funding costs and things can get very messy, particularly as defaults explode and exacerbate price collapse, wealth destruction and encourage increase savings by panicked consumers.

But, why not repeat 2008/09 and just print more cash and helicopter it into the market to pump up these asset prices again?  This is a nice trick, but once inflation gets a grip, such a strategy is no longer viable unless you want a Weimar style currency crisis, which in turn would still result in higher rates from the perceived currency risk.

If in doubt, ask a holder of Turkish Lira following Erdogan’s decision to cut 500bps (to 15%) from Turkish interest rates in December 2021.  Over the past six months and against a largely stable gold price (+4% in US$), the Turkish Lira has more than halved in value (-56%). 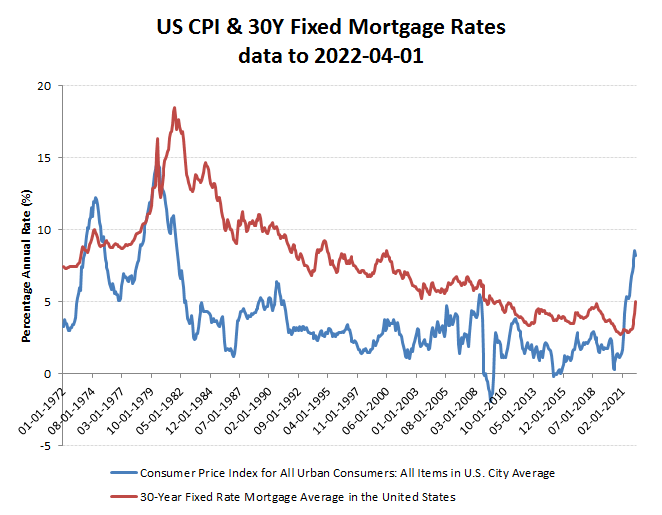 So remove the artificial support for low rates and everything that QE was supposed to do for asset prices, presumably should work in reverse. That will include a higher cost of capital and therefore lower pricing multiple on an inevitably reduced base of earnings and rate of growth. So put that into your WACC and smoke it! 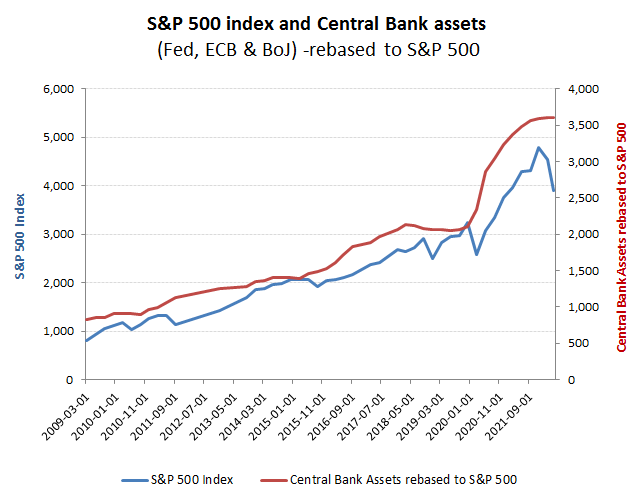 Liquidity – a tide that raises and lowers all ships!