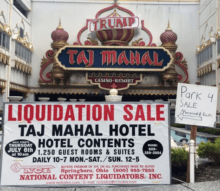 Well, well, once again the monthly non-farm payroll numbers provide the insight on the real state of the US economy. As with 2008, forget the official GDP numbers, or at least the initial ones. Forget also the the spin from those with an interest to persuade you everything is dandy, particularly those encouraging you to leverage up into this downturn. Instead, see what industry is actually doing in terms of investing in staff while central banks start to panic and reach once again for QE. Perhaps this is just a cunning plan by Trump via the Federal Reserve to encourage the likes of the ECB into doubling down on the 40% of GDP already represented by its balance sheet, but either way, there are enough bricks in place to suggest trouble ahead. If US employment is stalling and now also wage growth, that tells you industry is cautious and if that’s the case, then central banks may find few takers, at least credit worthy ones, for the additional liquidity pushed at them.

After the strong April (+205k MoM), May was never looking too hot, particularly given the ratcheting up of US-China trade tensions, so the retreat to an OFFICIAL +90k MoM net job additions for the private sectorought no to have come as too much of a surprise. I stress the word’official’ however, as these reported figures are seasonally adjusted and sometimes the scales are weighted by changing these adjustments. For the May numbers being reported, that includes a positive adjustment of +82k relative to the previous years adjustment, suggesting an underlying rise in MoM private sector employment might have been a measly +8k instead.

With average hourly wage growth edging back to +2.6% annualised, that doesn’t exactly suggest a private sector economy that is on fire. But then again, as we highlighted in our Q1 GDP analysis, this ought to have been obvious to even the most superficial analysis of the constituent parts to these estimates.

Watching Trump talking up the US economy while his banker (Powell) is busily trying to turn on the monetary tap again (even to the extent of no longer portraying QE as an exceptional measure) reminds me of the time he was talking up his Atlantic City casino venues as they were collapsing.